Temple Church was built in a round shape by the Knights Templar in the twelfth century.  It was consecrated in 1185 by the patriarch of Jerusalem.  The church features in Dan Brown's The Da Vinci Code - It was built to remind the Knights Templar of their duty and to recall the circular church of the Holy Sepulchre in Jerusalem.  One of Henry III’s sons, also Henry (who died in infancy) is interred here and he himself intended to lie here but was, in fact, buried in Westminster Abbey.  The chancel of the church was built later in 1240.  Sadly the church now has to rely upon Dan Brown publicity and lots of camera click-clicking tourists in order to remain open. I walk past The Cock Tavern, where Samuel Pepys would have a drink and rest (when the gardens nearby where he usually took an afternoon nap closed down). He would enjoy the songs that were sung there and the oysters.  Well, of course! Next to it a ladies fashion accessories shop beside a flight of stairs which mean to lead to the Samuel Pepys Exhibition Room, with a sign on the door saying 'This room is temporarily closed'.  I wonder how long that has been up!

Then off a special tour of Highgate Cemetery for the Highgate Vampire Society.  I think there are about 13 of us.  We all gather first at the eastern end of the cemetery and have a walk around.  For the first time, I take some photos on my phone, including one of the Betjeman family grave and the Cedar of Lebanon which is well over a century old. 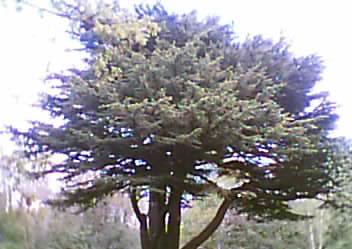 Over on t'other side by the wall with the plaques on it there is a recent memorial to a cat with little paws on't.  The guide tells us that it was for a cat that used to follow them around on the tours, sometimes even waiting for the tours to begin until it suddenly disappeared.  Unfortunately the Circle of Lebanon is closed off temporarily to clear up some branches that had fallen down into it.  There is a poignant inscription on one of the tombs that I haven't noticed before to a lady who had been 'Thrice widowed by 3 loving husbands'.  The tour seems to last a lot shorter than it usually does, even incorporating paths or areas not usually shown.  We all make our way to the literary Flask which has also seen dozens of ghastly goings-on.
No comments:
Email ThisBlogThis!Share to TwitterShare to FacebookShare to Pinterest
Newer Posts Older Posts Home
Subscribe to: Posts (Atom)
Rehan Qayoom is a poet of English and Urdu, editor, translator and archivist, educated at Birkbeck College, University of London. He lives in London.