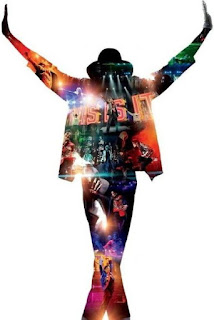 Michael Jackson died on 25th June after suffering a cardiac arrest in California – America. He was known as the ‘King of Pop’ being one of the most successful artists ever. After his death many websites experienced a crash and shutdown due to huge amounts of people browsing them in search of the latest news including myself. His funeral service was held at the Staples Centre in California on 7 July in which his family and friends paid tribute to his genius.

Later on coroners decided after thorough investigation lasting weeks to conclude his death to have been resulting from homicide, Jackson had been administered various lethal drugs before his death. He was interred on 3 September at Forest Lawn Memorial Park in Glendale, California following another memorial service.

Aeronwy Thomas (Dylan Thomas’ daughter) passed away on 27 July from cancer. She was born on 3 March 1943 in London and was named after the river Aeron in Wales. She received her BA Hons in English and Comparative Religion and was elected Honorary Fellow of the University of Wales in 2003. She was a translator of Italian poetry, President of the Dylan Thomas Society and The Alliance of Literary Societies. She married Trefor Ellis and bore him a son and daughter (Huw and Hannah). Her funeral was held on 6 August in the Parish Church of Holy Cross in New Malden, Surrey. Her son Huw read his own poem ‘Words about My Mum’. She was cremated and her ashes were then scattered at the Boathouse in Laugharne. Aeronwy Thomas was herself an devoted and accomplished poet.

Leela Naidu passed away on 28 July in Mumbai after a prolonged bout of influenza, she was born in 1940. She was Miss India in 1954 and featured in Vogue’s ‘World’s Ten Most Beautiful Women’. She was the daughter of the Nuclear Physicist Dr. Ramaiah Naidu (Scientific Advisor to UNESCO for South East Asia) and Dr. Marthe Naidu – An Indianologist of Swiss-French origin. She married the 33 year old Tilak Raj Oberoi in 1956, scion of the Oberoi Hotels. She bore him twin daughters: Maya and Priya (Priya passed away last year), this marriage ended in divorce. She then married the poet Dom Moraes in 1969 with whom she spent 25 years living in Hong Kong, New York, Delhi and Mumbai (he passed away on 2 June 2004), they separated in the mid-nineties. I first saw her in the captivating role she played in the Merchant Ivory Productions' The Householder, (1963) with Shashi Kapoor. Her other films are Anuradha, (1960), Umeed, (1962), Man of the World: The Frontier, (1962), Ye Raste Hain Pyar Ke, (1963), Baghi, (1964), Channing: The Face in the Sun, (1964), The Guru, (1969), Trikaal, (1985) and Electric Moon, (1992). She is survived by Maya and her 2 grandsons Adam and Alexander. She had a few spoons of porridge and then went to sleep and died in her sleep, her funeral was held on 29 in Chandanwadi Crematorium and was attended by her daughter, grandchildren and friends.

Rajmata Gayatri Devi of Jaipur passed away on 29 July. She was born on 23 May 1919 to Prince Jitendra Narayan Bhoop Bahadur of Cooch Behar and Princess Indira Raje Scindla of Baroda. The death of her paternal uncle, the Crown prince, led to her father ascending the throne of Cooch Behar. She was well educated and married His Highness Sarmad e Raja e Hindustan Raj Rajendra Sri Maharajadhiraja Sir Sawai Man Singh II Bahadur on 9 May 1940. She was his third wife and bore him a son: Prince Jagat Singh of Jaipur on 15 October 1949.

She was an avid equestrienne and was also included in Vogue’s ‘World’s Ten most Beautiful Women’ list along with Leela Naidu (who passed away a day before she did). She started a girl’s school in India and revived the art of Jaipur blue pottery. In 1962 she ran for parliament and won the constituency in the Lok Sabha in the largest landslide victory confirmed by the Guinness Book of Records, continuing to hold this seat in 1967 and 1971 against the Congress Party – India’s Privy Purses were abolished in 1971 and Gayatri Devi was accused of violating tax laws and incarcerated for 5 months in Tihar Jail, she wrote about this time in Memoirs of a Hindu Princess. She has had many books written on her and featured recently in Lucy Moore’s superb book Maharanis as well as the documentary film produced by Merchant Ivory, Autobiography of a Princess. She was hospitalised in the King Edward VII's Hospital on 17 July and then flown to Jaipur where she passed away. Hailed as the last surviving remnant of India’s royal past she was cremated on the evening of 30 July in Jaipur.
No comments:
Email ThisBlogThis!Share to TwitterShare to FacebookShare to Pinterest
Newer Posts Older Posts Home
Subscribe to: Posts (Atom)
Rehan Qayoom is a poet of English and Urdu, editor, translator and archivist, educated at Birkbeck College, University of London. He lives in London.