The Ripper Tour & Leaving the Laureateship

I had wanted to go on one of the (many) Jack the Ripper tours for some time. We went through the entrance in the London Wall, walking onto the side where the East End of London begins (officially). The guide explained the striking contrasts between lives on the east side and the west side of the wall during the Victorian period. Walking through a Victorian railway arch we were told to avoid the walls against which many of Victorian prostitutes did the deed with their clients – We visited most of the murder sites and heard the gory stories. It is astonishing how many Victorian tenements, buildings, streets, lanes, alleyways, walls and shopfronts still remain intact and so close to the city, though there is an abundance of curry houses and takeaways. I even spotted an old bill poster from 1931! 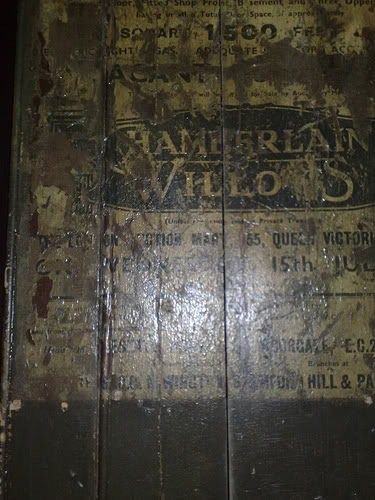 The tour took us through the brilliant Whitechapel Market and afterwards we went in to see The Ten Bells pub which still retains not only the original furnishings but the original toilets too! It is a small pub with no lights except at the bar – Perfect Place. 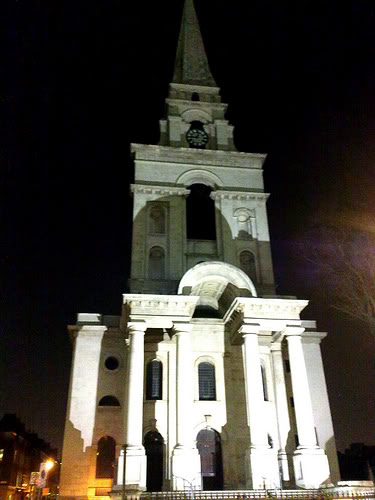 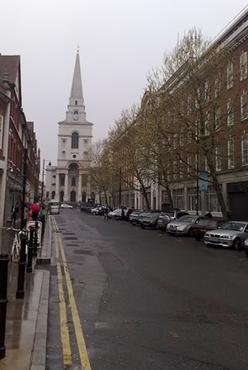 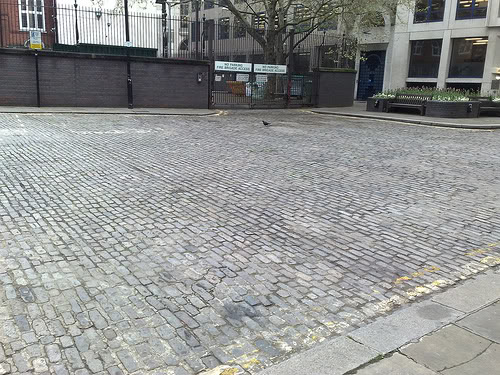 On the way back we passed by the Dirty Dicks pub:

At Dirty Dick's and Sloppy Joe's
We drank our liquor straight,
Some went upstairs with Margery,
And some, alas, with Kate;


On 28 April I made my way to Waterloo and as I walked into the Royal Festival Hall I saw Andrew Motion there. I said hello and that I'd be at the 'Leaving the Laureateship' valedictory later. I reminded him that I wrote to him when I first started writing poetry and that he had replied with a postcard thanking and encouraging me. He said “Well I hope you've continued” and I said that I had. Just then his partner Kyeong-Soo approached and we were introduced. I thanked him and walked off to visit the Poetry Library and picked up Stepping Stones, the recently published autobiographical interviews with Seamus Heaney.

Back down in the foyer and I sat myself down and had smoked salmon and egg sandwiches with cream soda before making my way to the Queen Elizabeth Hall, greeting Fiona Sampson on the way with Jo Shapcott to her right (and another lady I recognised but couldn't recall the name of).  I suddenly recalled that I'd been searching in vain for Jo's book of lectures The Transformers which doesn't seem to have been published after all, I turned back but they had gone. I also saw another lady who was at Morley College with me and comes to a lot of poetry dos where I often see her but don't know her name. Andrew Motion's son and daughter came and seated themselves on my left but I didn't know it at the time till he mentioned it to the audience, twins (born in 1988). I found myself equating/drawing parallels with the children of previous Poets Laureate.

What really came through were Motion's frankness, openness and accessibility, his ability to engage with his audience and to draw them in. He spoke freely of the onus of the laureateship, the burden of commissions in general and of work or verses turned to order. The cards are badly dealt – He still hasn't for instance received his bottles of sherry. I can now totally sympathise with his position and with the benefit of hindsight he has done (less written) remarkably well. He said “I am pleased to have done it. Pleased to be stopping doing it. I think if you can say that at the end of any job, that's a good thing.”

He read from his latest collection of poems (which includes no laureate poems) which I had read the night before: 'Harry Patch', 'Passing On' and 'The Mower'. Afterwards I got him to sign a copy of the book and said that I had his other books as well which I'd spared him the burden of signing had I bought them all along as well. He said “There will be other times.” I particularly praised the Keats biography which I think is comprehensive, full-bodied, and readable and by far one of the best biographies of a poet.
No comments:
Email ThisBlogThis!Share to TwitterShare to FacebookShare to Pinterest
Newer Posts Older Posts Home
Subscribe to: Posts (Atom)
Rehan Qayoom is a poet of English and Urdu, editor, translator and archivist, educated at Birkbeck College, University of London. He lives in London.