Banks, for me, are not places touched by poetry.  Mystery perhaps, but not poetry.  I am aware that T. S. Eliot worked in one for a while but I do not know a bank whereon the wild thyme blows and I cannot believe Burns was serious when he asserted that the banks and braes (whatever they may be) of bonny Doon bloomed fresh and fair.  Obviously he never queued for money in bonny Surrey.
However, a recent experience has made me think again and admit that I may be much prejudiced.  A few months ago, I was paying some cheques into the society's account when the young lady cashier suddenly put down the papers she was studying so carefully, smiled at me and without further ado proceeded to recite the whole of 'In a Bath teashop’.  And then, with our banking business concluded, I was not exhorted to have a nice day but treated to the opening of lines of 'In Westminster Abbey’.  Whenever I am lucky enough to b this lady's customer the transaction is enlivened by one or two Betjeman quotes.
I was told that she 'discovered' Sir John at school where her English teacher gave her a copy of the Collected Poems and, to use her own words, she soon became a Betjeman addict.  The teacher loved poetry and he encouraged my friend to learn some favourite pieces by heart.  She did and she still does.  Sensible schoolmaster and lucky pupil.

Keats’ House in Hampstead is surprisingly well-maintained and kept well intact, it closes for refurbishment work again this year but only to repaint the walls the original colour as Keats would have known them and to re-plaster them, absolutely brilliant.  The other good thing is that the tickets are valid until October so I'll definitely have to revisit when I'm in the area again, I sat idly in the splendid garden.  Keats lived here from 1818 – 1820 and wrote some of his most famous poems here.  He also met and fell in love with Fanny Brawne here, the eldest daughter of his neighbour, the girl next door! Keats and Fanny were separated only by a thin wall between the houses.  The original house was known as Wentworth Place – Both houses (that of Fanny and John Keats) have now been knocked into one.

The famous portrait that shows Keats poetically posing by the fireplace was situated in the sitting room which still has the original fireplace and window looking out and also the bookshelf with some books Keats kept or is known at least to have read. 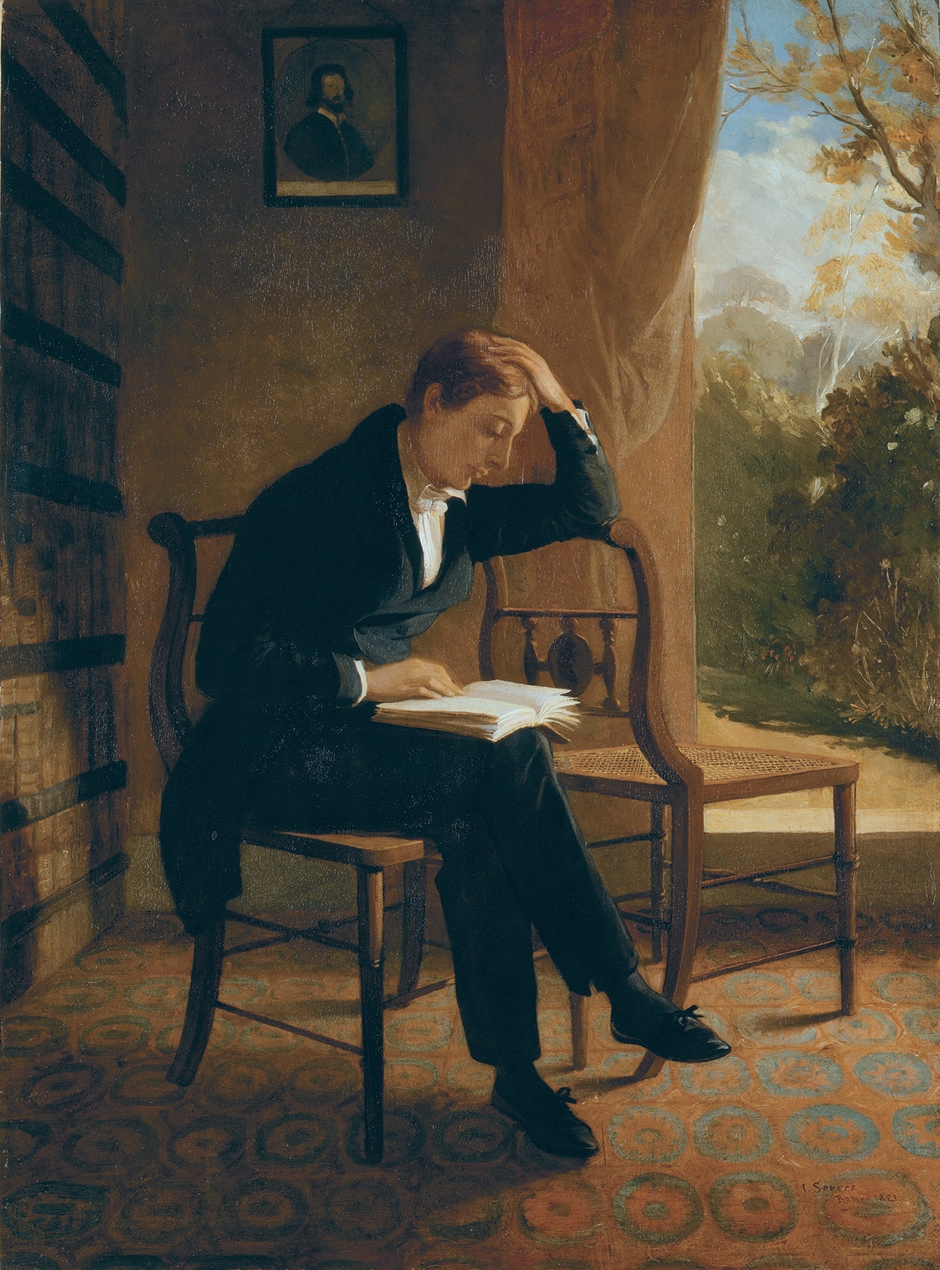 A display cabinet holds his life mask and death mask and his inkstand.  Upstairs there are the bedrooms and a display of Fanny's belongings: her ring which Keats gave her and which she wore till her death, a lock of her hair and many other things.

A small plum tree grows in the place where Keats sat down and composed 'Ode to a Nightingale' one morning as described by his friend Charles Brown:


In the spring of 1819 a nightingale had built her nest near my house.  Keats felt a tranquil and continual joy in her song; and one morning he took his chair from the breakfast-table to the grass plot under a plum-tree, where he sat for two or three hours.  When he came into the house, I perceived he had some scraps of paper the in number, contained his poetic feeling on the song of our nightingale.  The writing was not well legible; and it was difficult to arrange the stanzas on so many scraps.  With his assistance I succeeded, and this was his 'Ode to a Nightingale', a poem which has been the delight of everyone.

There is a noted silence and an emptiness to the house which one feels particularly on the way back, how lifeless it was now which had once been so full of life, some literary-minded chaps go in and out of its rooms daily like mice:

Pool in which images
Should be grand and classical
Not this troublous
Wringing of hands, this dark Ceiling without a star.

I went to my favourite Hungarian (I feel very Edwardian) tea house and from thence to pay respects at Constable's tomb.

Kensal Green Cemetery Open Day (on seventh) was great fun especially the catacomb tour and my usual carrot cake and tea (which the lady wrongly insisted was not carrot cake).  I had planned to take photos of the graves of the twelve or so poets who are buried there but was able only to take a photo of the grave of Lady Wilde.  The grave in front was open from the sides and full of water – 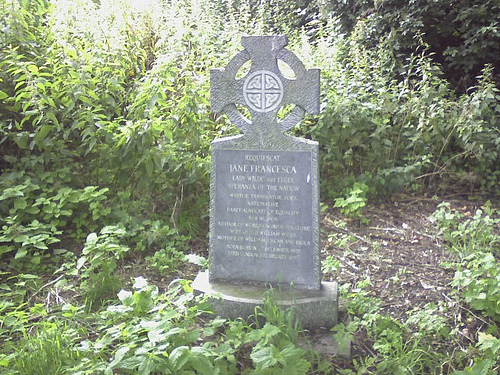